The first ever ASKIN ArchiFlix Film Festival has almost completed its tour of Australia and ASKIN were front and centre with popcorn in hand.

The recent Melbourne festival in ASKIN’s home city, saw 11 films over three days and an audience of more than 3000 people.

ASKIN Performance Panels CEO, Steve Clarke said as the major sponsor it was a unique way to connect with a lot of people while sharing the wonderful history of design and architecture in Australia.

“It’s a great opportunity for people to learn and be inspired about what’s possible for the future,” says Steve.

John Gollings ‘Eye for Architecture‘ received the Melbourne Jury Prize, and Catherine Hunter has made it two from two, with another People’s Choice Award for ‘Glenn Murcutt: Spirit of Place‘.

Steve says the highlight for him was watching the lost film, ‘Dream of Perfection‘ directed by John Weiley. The documentary about the construction of the Opera House was destroyed after its first screening in 1968 but was recently recovered and restored.

“The world really underestimates the quality of design and architecture in Australia,” says Steve.

“We have a rich history of building and architecture, and we look forward to continuing this well into the future”.

The 6-month tour around Australia has one more stop for a satellite event in Hobart on November 30.

Planning has begun for ASKIN ArchiFlix 2018 with three-day festivals planned for Brisbane, Perth, Melbourne and Sydney. Films already sourced include ‘The Diplomat, the Artist and the Suit, the story of Denton Corker Marshall’.

Part of becoming a major sponsor for AchiFlix was creating a series of short films showcasing some the work we are proud of. Take a look. 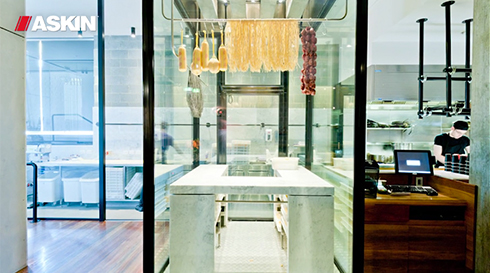 Whitepaper: The benefits of insulated wall panels in commercial projects

Whitepaper: The benefits of insulated wall panels in commercial projects